The 2019 COSAFA Women’s Championship in Nelson Mandela Bay Municipality from July 31-August 11 will give the region’s footballers the chance to add them name to the rich history of the showpiece competition.

It has proven a launchpad for many top names in the past, some of who will be returning the competition again this year.

Here is a list of five ‘Heroines of the COSAFA Women’s Championship’.

BARBRA BANDA (ZAMBIA)
Banda is only 19 years old but has already left her mark on the COSAFA Women’s Championship in recent years, which has helped her win a contract with Spanish side EdF Logroño.

Banda made her national team debut in 2016 and the following year played the regional showpiece tournament in Zimbabwe, where she led from the front as Zambia topped their first round pool.   She netted six goals in the competition, including in every game Zambia played, as they finished third and took the bronze medal.

Banda kept up her scoring form with two more goals in 2018 as the Shepolopolo again made the semifinals, but this time finished fourth.
Look out for her in 2019!

TABITHA CHAWINGA (MALAWI)
The young Malawian sensation is another of the top players from the Southern Africa region and plies her trade in China with Jiangsu Suning.   Still only 23, she has also played in Sweden and finished as the Golden Boot winner in that country in 2015. Her sister Temwa Chawinga is also a prolific scorer with the national side.

She shone at the 2017 COSAFA Women’s Championship when she scored a hat-trick against Zambia, four goals in a win over Madagascar and another two goals in a Zimbabwe in a remarkable personal haul of nine goals in three games.

She might have got more but Malawi narrowly missed out on the semifinals.

Club commitments meant she did not compete in 2018, but her display two years ago has written her name in the history of the COSAFA Women’s Championship. 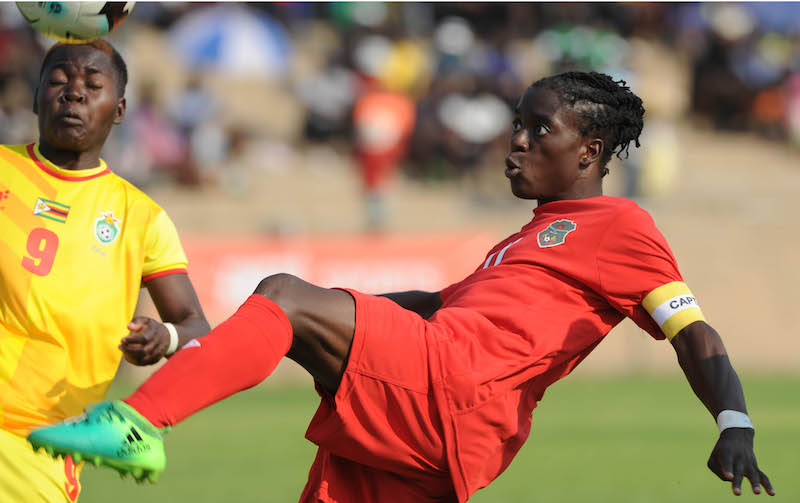 RUTENDO MAKORE (ZIMBABWE)
Makore has been a leading light for the Zimbabwe side in recent years, including guiding the team to the 2016 Olympic Games in Rio de Janeiro.   She has been prolific in front of goal and was once on the books of Spanish side Sporting Huelva.

She top-scored at the 2017 COSAFA Women’s Championship with 10 goals, including four against Madagascar and three versus Malawi. She netted as well in the final against South Africa, but could not avoid a 2-1 defeat for the Mighty Warriors.

She also netted in the 2018 finals, but Zimbabwe narrowly missed out on the semifinals, pipped at the top of the pool by East Africa guest nation Uganda.

NOKO MATLOU (SOUTH AFRICA)
Matlou rose to regional fame in the 2008 COSAFA Women’s Championship finals when she netted 12 goals to take South Africa to the title.

Back then she was a striker and was later named African Women’s Footballer of the Year after some excellent displays for Banyana Banyana.

She is a veteran of four COSAFA finals, although more latterly she plays as a central defender, including at the recent FIFA Women’s World Cup in France. 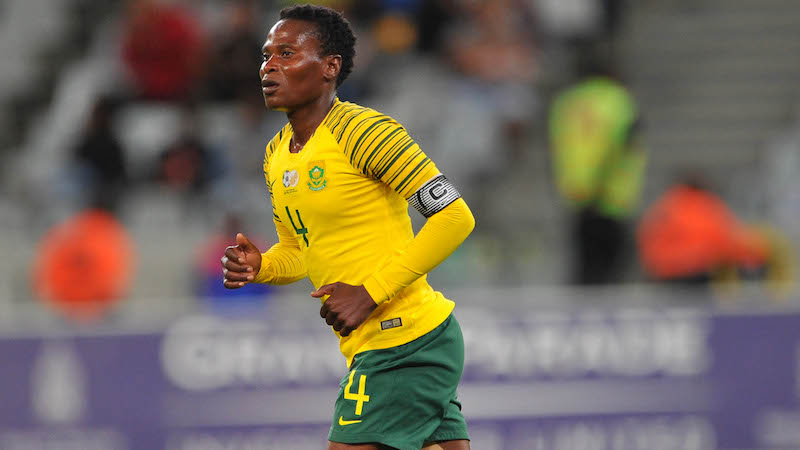 VERONICA PHEWA (SOUTH AFRICA)
Phewa holds the record for the most goals in a singleCOSAFA Women’s Championship when she scored an incredible 15 in the 2002 finals.

That included eight goals in the 14-0 win over Botswana, and another four as Banyana Banyana beat Mozambique 13-0.

Phewa netted in every game that year as Banyana beat Zimbabwe 2-1 in the final, as she opened the scoring in the first half of the decider.

She scored two more times in the 2006 finals as South Africa retained their title, and had an excellent club career in England, the United States and Ukraine.

Her time overseas meant she did not feature at the 2008 COSAFA finals.

To learn more about the Council of Southern Africa Football Associations (COSAFA) and our office bearers, click here.