Officials from COSAFA have completed a successful inspection tour of the facilities to host the COSAFA Cup 2016 in Namibia next May.

Executive Committee Member John Muinjo, standing in for Chairman of the COSAFA Cup 2016 Organising Committee Timothy Shongwe, led the COSAFA delegation together with Secretary-General Sue Destombes during which the group visited the 2 match venues and the proposed training and accommodation venues ahead of the May 15-29 tournament.

Matches will be played at the Sam Nujoma Stadium and Independence Stadium in Windhoek, both of which hosted games during the African Women’s Championship last year.

“The facilities are first-class and we are extremely pleased with the plans that have been outlined by the Namibian Football Association (NFA) and Namibian government for the COSAFA Cup 2016,” Shongwe says.

“This will be the biggest event that Namibia has staged in terms of the number of competing teams with 14 expected, but we are confident that our hosts have the infrastructure and the experience gained from their hosting of the 2014 African Women’s Championship to make this one of the best COSAFA Cup tournaments to date.”

The next inspection tour will take place early October. Meanwhile, COSAFA President Suketu Patel says the tournament will benefit Namibia both on and off the pitch in terms of providing experience of major events, but also all the teams competing in it.

“The dates for the COSAFA Cup 2016 have been selected strategically and in conjunction with the CAF calendar,” Patel says. “The tournament is positioned directly ahead of Day 5 of the 2017 African Nations Cup qualifiers, which themselves will be played within the FIFA International Dates.

“This will provide the teams with excellent preparation for the continental qualifiers, as well as the chance to be crowned champions of their region.”

There are many spin-off benefits to hosting the COSAFA Cup, with one of the aims of the tournament being to assist various stakeholders in the Southern African region up-skill themselves.

“COSAFA is intent on developing skills within its member countries, using its various competitions to build capacity in areas such as TV Production, Event Management, Coaching and Administration through FIFA Courses and direct exposure to and experienced gained through the hosting of Regional tournaments,” Patel concluded.

Namibia are also the defending champions of the 2015 COSAFA Cup after achieving their maiden title win in South Africa earlier this year and the Namibia Football Association intends to capitalise on this historic win by showcasing the COSAFA Cup trophy – which remains in their custody until the Draw for the 2016 edition is conducted – at various domestic competitions around the country over the next few months.

The Brave Warriors defeated Mozambique 2-0 in the final and became the fifth nation to win the COSAFA Cup since its inception in 1997. 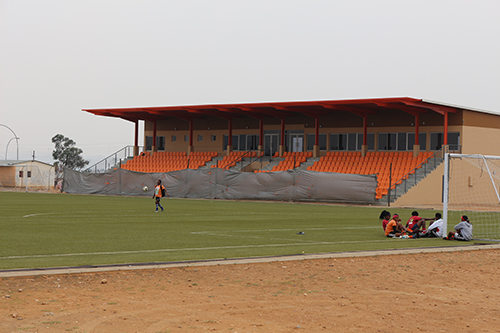 Zimbabwe and Zambia have four wins each, while South Africa and Angola have each won on three occasions.

Honorary President of the Namibia Football Association and Executive Committee Member of COSAFA John Muinjo, expressed his confidence in the capabilities of the NFA to organise the regional showpiece whilst appealing to them to get the ball rolling immediately in terms of the planning in order to ensure a well-organised tournament and full stadia.